Help kids feel cared for before you correct them.


Every interaction with kids is a chance for connection. Check out the first video in the series for more about connecting. It’s important to know how to connect, because kids who feel connected actually have a greater desire to cooperate. But now and then, kids need correction. It might not seem natural or easy at first, but before asking kids to behave differently, we’ve got to make them feel cared for and, if possible, understood. In other words, we can make the choice to connect before we correct.

Of course, that’s easier said than done. When a kid refuses to share, we may feel frustrated. But frustration doesn’t compel kids to cooperate. Instead, we can try empathy. Saying “It seems like you really wanted that toy” or “it’s hard to share, isn’t it?” shows kids that we really care about them.

This works in other scenarios, too. When a kid knocks over someone else’s tower, before we correct, we can say, “That was a cool crashing sound, wasn’t it?” Or when kids are talking during Large Group, we can focus on the positive by saying, “It seems like you guys enjoy spending time together.”

After we connect, THEN we correct. And like any kind of discipline, correcting is all about training. So instead of telling kids what to stop doing, let’s explain exactly what we’re asking them to do, and why. Then thank them for doing it!

Even situations that don’t seem positive can be an opportunity to connect. Before correcting a kid who is hiding from you and refusing to listen, we can ask them why. Maybe they need to talk about a struggle. Or maybe they get corrected all week at school and have given up trying to behave. Of course, they might not be able to tell us why they do what they do, but we can still make Kids’ Club a safe place for them.

And if they won’t cooperate, which sometimes happens, there are strategies for that in our video about giving kids a voice. We meet kids where they’re at, because God meets us where we’re at. Like Romans 2:4 says, it’s his kindness that leads us to repentance. So we can connect before we correct! 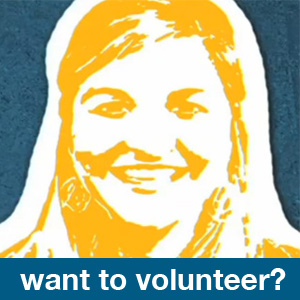